Skip to Main Content
There Are More Things in Heaven and Earth Than Are Dreamt of in Aristotle’s Poetics – Mark Spano Communications, Inc. 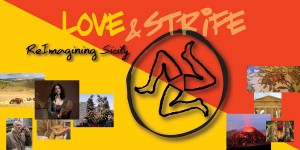 The production of spectacular effects depends more on the art of the stage machinist than on that of the poet.

We once had writers of what was called “local color.” Some of my favorite writers from France, Great Britain, the American South, the American West, Appalachia and New England have written from a passion for place.

We love the flaneur and the meanderer, the author who happens upon real life just by moving around. This style of writing and this style of filmmaking is in some ways dearer to the hearts of the viewer than Die Hard or Lethal Weapon. There are wider ranges of emotions and subtler emotions to put on the screen. Why are we not doing this?

In 1990, Ken Burns was said to have reinvented television with the Civil War series. His style of filmmaking was not new. Though in his hands that style achieved a new definition for mastery.

All the historical still photos, all that thought track. I can hear programming execs now, even PBS execs, “Too slow! I can see viewers reaching for their remotes right now.” Wrong!

America and most of the world loved the Burn’s series on the Civil War. And, in 1990 every television exec I knew then and for that matter know now, would have said “no” to Burn’s idea. I heartily commend those individuals who took the risk and gave so important a project the green light.

This was a series about a war; yet, conflict was not the central driving force. We all knew the outcome of the conflict. What we loved, what we took to our hearts were the evocative moments, the deep ties of family and the love of the very land itself. When everyone of those fighting is one of your own, victories are part of the story but hardly something to celebrate.

Not every chronicle of events is like Rocky, any of the seven of them. The dramatic arc must not be superimposed upon every narrative. True catharsis happens in the particular, in the real lives of humans, not always in the lives of heroes and villains in larger than life conflict.

I contend the manufacture of jeopardy is inauthentic, easily detectable by the viewer and down right boring. There are many compelling means of presenting content. Creating a world war about frosting a cake is simply laughable. Is finesse too subtle an idea for the mind of the viewer?

With Reimagining Sicily I have tried find ways of telling of a place and its people without superimposing any inauthentic forms upon the subject matter. I have done this with the hope I will evoke a deeper response from my viewers.

Tuesday to Friday this week, Mark Spano will be in Nashville TN for Film-Com. Looking for acquisition or distribution for the feature documentary Reimagining Sicily, contact him to meet. Stop by the booth and say hello.